Not your 'everyday' product coding

The Philadelphia Brewing Company is a microbrewery in the USA that produces craft beer for a regional market in smaller quantities and with regional ingredients. The portfolio includes close to 15 types of beer – from classics to varieties brewed with caffeine or chocolate.

The PBC Brewery was founded in 2008 and took over a brewery building built in 1885 and aban-doned for decades, reviving the old flair in a modernized look.

The beer bottles used to be coded with a piezo inkjet printer, which was often defective and caused inter-ruptions in production. The brewery’s management therefore began its search for an alternative. The marking of the best-before date and LOT number also had to be more visible on the brown beer bottles. Another requirement was that it would have to be possible to convert one line from one type of beer to another more flexibly in the future.

The brewery opted for the Leibinger JET2neo with a yellow soft-pigmented ink, which is clearly visible on the brown bottles. In the event of a production changeover, the print job can be initiated or changed with just a few clicks on the user-friendly touch display. Thanks to Sealtronic technology, the ink in Leibinger printers does not dry out and the printer is always ready for use. Printer-related production stoppages are now a thing of the past. 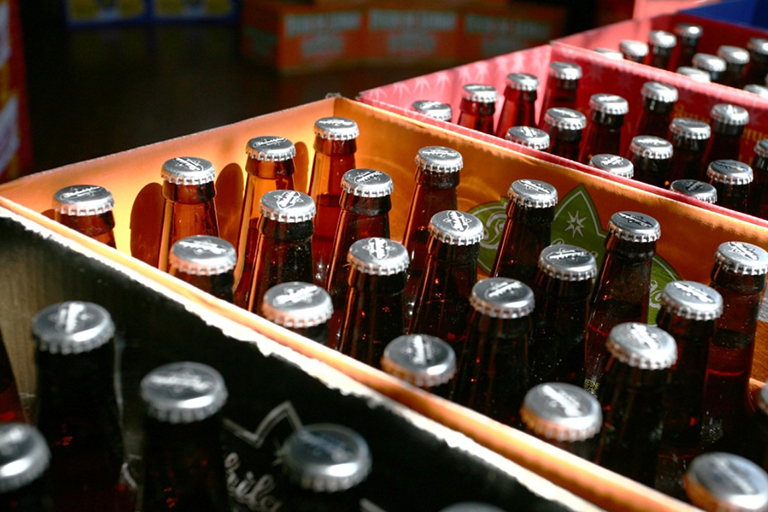