Honoring the most successful distributors of the sales regions Europe, Africa, Asia and Middle East

Industrial inkjet printers Made in Germany by Leibinger are on the advance in Europe, Africa, Middle East and Asia.

Market shares could be gained in all sales regions in 2017.
Leibinger thanked their worldwide dealers for these successes within the scope of several events.

For their particularly excellent performances, certain dealers were honoured with the awards „Best Distributor“ or „Distributor with the highest growth rate“ for their region.

The management of Paul Leibinger thanked the winners personally and the distributors with excellent performances were presented with awards and certificates.

This year, Leibinger honoured the following distributors for their excellent performances:

Distributor with the highest growth rate Asia 2017:
APASI from the Philippines

About Paul Leibinger GmbH & Co. KG
Paul Leibinger GmbH & Co. KG from Tuttlingen, Germany, founded in 1948, is a specialist in industrial marking solutions. The company develops and manufactures continuous inkjet printers, numbering machines and camera verification systems to monitor a smooth production flow. As a third-generation, family-owned company, Leibinger employs close to 250 people at its sites in Tuttlingen, Baden-Württemberg in Germany, and at the East Troy subsidiary in the United States. With more than 150 certified sales and service partners, Leibinger is represented in all markets worldwide. 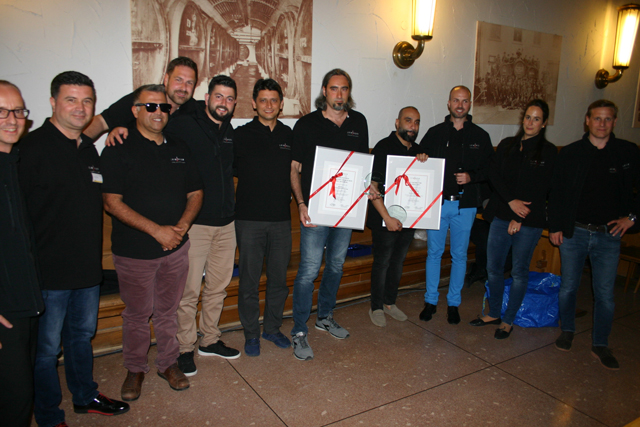